It's a funny thing, I was sitting in my office on Monday trying to decide what to blog about next, and as if on cue we had very exciting news yesterday in the Web Analytics business.  IBM announced its agreement to acquire Coremetrics.  So ended the deliberations on blog topics.

You can read the official press release from IBM here and the Coremetrics blog post here.  The deal is subject to standard regulatory approvals in the US and Europe prior to closing.  IBM has substantial experience in M&A, acquiring 90 companies since 1999 (source: Wikipedia), therefore I would expect that this deal will proceed with a high degree of precision to a successful conclusion. It is also interesting to note that this is not IBM's first go at Web Analytics, which ended in 2006 when they divested Surfaid to Coremetrics…so in as sense we're going full circle with this transaction.

I benefit from fortuitous scheduling, as I had already planned to have dinner last night with John Squire, Chief Strategy Officer at Coremetrics.  Timing, as they say, is everything. (By the way, if you are ever in the mood for an excellent pastrami sandwich and/or Belgian beer – on tap no less – I highly recommend Refuge in San Carlos, California)

Coremetrics will operate as a unit of IBM's application and integration middleware division, which is a common approach by IBM as shown by previous acquisitions such as ILOG. New business sales will shift over to IBM's core sales groups, but account management will remain within the Coremetrics team in an effort to make the transition seamless for current clients.

There are a number of short and long term synergies to the deal.  The first order of business will be to integrate Coremetrics with IBM Websphere, the AIM division's core offering.

IBM sees a number of benefits by acquiring Coremetrics:

4. IBM bolsters its value proposition for interactive marketers and the CMO, driving both software and services opportunities.

Coremetrics also stands to gain from the deal:

1. Coremetrics now has a permanent home, with the stability and support that comes with being part of the IBM family.  The frequently predicted acquisition of Coremetrics (by a variety of suitors) has been a common topic of speculation for some time, and now our hushed converations can turn to the fact the Cubs are now the only major league sports franchise in Chicago not to win a championship within the previous 25 years.

3. Coremetrics has the wherewithal to fully commit to its vision for marketing optimization and fund its development.

4. Coremetrics has its pick of complementary technologies to integrate into its platform from within IBM's software portfolio, creating opportunities for significant expansion and differentiation.

5. IBM's massive global sales and support infrastructure is a boost for generating new business and gaining access to the C-suite.

The higher level strategic implications of the deal are potentially more interesting than the traditional software and distribution synergies mentioned above.  First I'll state the obvious, that IBM is an extremely large company; according to Yahoo! Finance the company has over $96B in annual revenue and over 410,000 employees.  IBM operates on a scale that is difficult to imagine.  Clearly this deal is less about financial engineering or being purely opportunistic than it is about strategic considerations.

Which brings me to my favorite component of this transaction: IBM has identified Customer Intelligence, and the need to understand your customers, as a critical strategic priority.  In the context of IBM this is a big deal.  IBM is a company that thinks big and operates at a tremendous scale.  They don't just want agile and optimized enterprises.  They don't just want smarter cities.  These people are working towards a smarter planet. 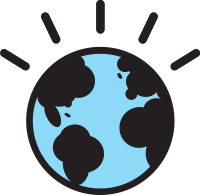 I'm not sure how much more strategic you can get.  IBM's acquisition of Coremetrics signals that IBM believes that analytics are critical to driving smarter enterprises/cities/planets, and more importantly that Marketers must have a seat at the table to contribute to the development and execution of these strategies.

These are all exciting possiblities, but there are risks.  As the rubber hits the road, IBM and Coremetrics must do the following to avoid a blowout:

1. Execute on developing deep, seamless integrations between Coremetrics and Websphere, and in the longer term with other IBM offerings.

2. Walk the fine line between ramping up IBM scale sales and support without overwhelming Coremetrics' ability to deliver.

3. Ruthlessly prioritize the probable thousands of potential joint projects and cross pollination opportunities between Coremtrics and IBM solutions to ensure that those selected are viable, deliver client value, and provide ROI to IBM.

In the short term the impact on current clients and the web analytics market at large should be minimal.  From a market dynamics perspective there is a widening imbalance among web analytics vendors as the market increasingly splits into relatively small versus very large vendors that will likely be corrected over time via further M&A activity.  It may not take long.  Additionally, if the synergies between IBM and Coremetrics prove to be productive it may drive yet further platform expansion and consolidation for a variety of technology segments in the longer term.

Achieving the noted synergies will require ongoing hard work and commitment.  The offset is that IBM and Coremetrics control their own destiny.  In general, many acquisitions of this type are ultimately lackluster in comparison to their shiny original visions.  But this isn't IBM's first rodeo and I'm looking forward to seeing how it plays out.

During The Pandemic, Empathetic Brands Build Trust With Wary Consumers

Anjali Lai 6 days ago
Now more than ever, consumers crave connection and reliable information. Learn how marketers can offer this.
Read More

Are We All Technophiles Now? How Consumer Tech Attitudes Are Changing During COVID-19

Anjali Lai 6 days ago
About two months into a lifestyle confined by stay-at-home orders and physical distancing, individuals are heavily relying on technology to work, get things done, be entertained, connect with friends and family, and so much more. Consumers report spending more time on their personal devices — over half of US online adults are using their TVs, […]
Watch Now