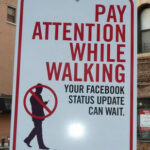 Respondents to my one question survey report that 56% of the time they spend on social is wasted.

While hardly scientific, this result gives creedence to the views I expressed at Le Web Post Social (POSO) period. In POSO, a new wave of social tools will emerge that are: easier to use, more filtered, more efficient, more private, faster, and offer a better value/time proposition.

We are nearing a “Pets.com” moment with social, in which some of the original tools are discarded and a new class arrives that wastes less time and generates greater benefits for the users. They won’t be dorm room hacks on steroids — they will be architected for the more sophisticated and demanding consumers of the POSO period using modern tools like HTML 5 or App Internet. Some will leverage the network effect of first-generation systems like Facebook (the European Union is considering requiring Facebook to offer an “export data” feature) while others will be content to trade off network size for exclusivity and relevancy. A social aggregator (Flipboard version 4?) will be perfectly positioned in the POSO era.

More on all of this in a later post. But for now, let it be said that social as currently constituted has a problem — its users believe that half of their time with the medium is wasted.

George Colony April 4, 2022
The hype surrounding AI can get in the way of truly understanding it. Here's a breakdown of what AI is, how it works, and what CEOs should do to reap its benefits.
Read More
Blog

The Ukraine War And The CEO