Swisher co-founded Revere Digital, the former parent company of Recode and the Code conference. Before that, she co-produced and co-hosted the Wall Street Journal’s “D: All Things Digital” with Walt Mossberg, a major high-tech conference with interviewees such as Bill Gates, Steve Jobs, and many other leading players in the tech and media industries. The gathering was considered one of the leading conferences focused on the convergence of tech and media industries. She and Mossberg were also the co-executive editors of tech and media website AllThingsD.com. Swisher worked in the Wall Street Journal’s San Francisco bureau. For many years, she wrote the column “Boom Town,” which appeared on the front page of the Marketplace section and on WSJ.com. Swisher previously covered breaking news about the web’s major players and internet policy issues and also wrote feature articles on tech for the paper. She has also written a weekly column on home issues called “Home Economics” for the Wall Street Journal’s Personal Journal section. Before that, Swisher worked as a reporter at the Washington Post and as an editor at the Washington City Paper of Washington, D.C. She received her undergraduate degree from Georgetown University’s School of Foreign Service and her graduate degree from Columbia University Graduate School of Journalism. Swisher is also the author of aol.com: How Steve Case Beat Bill Gates, Nailed the Netheads, and Made Millions in the War for the Web, published by Time Business Books in 1998. The sequel, There Must Be a Pony in Here Somewhere: The AOL Time Warner Debacle and the Quest for a Digital Future, was published by Crown Business in 2003.

Read more in our press release. 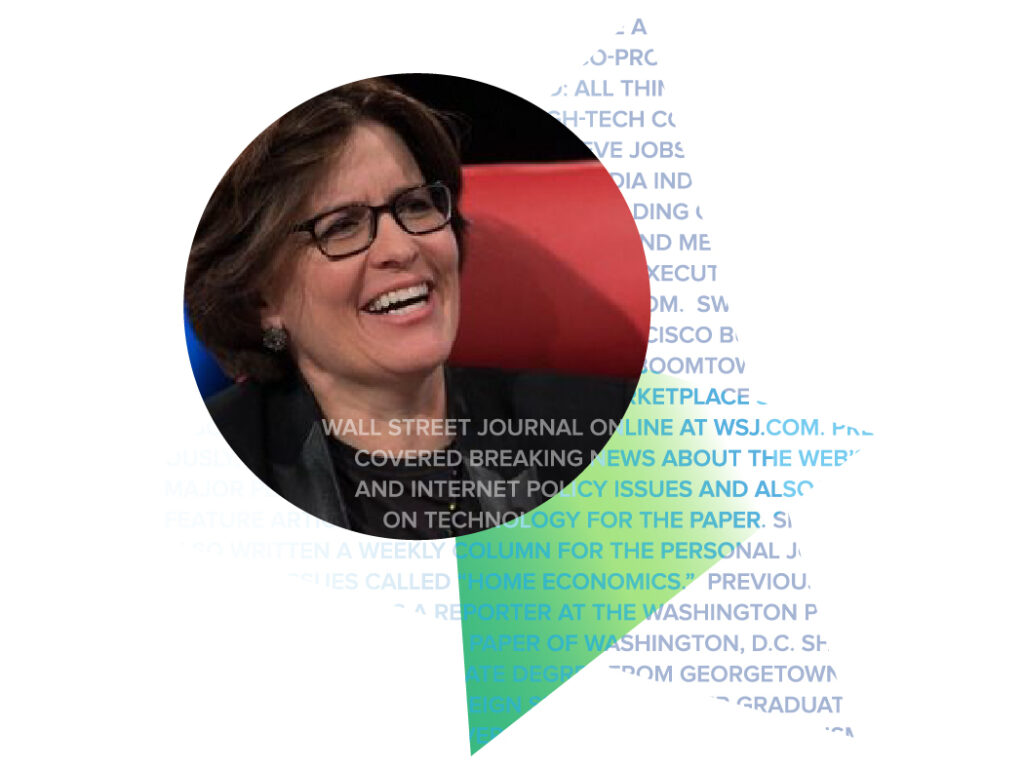