Named one of Time’s 100 Most Influential People in both 2012 and 2018 and awarded Outstanding Chef and Humanitarian of the Year by the James Beard Foundation, José Andrés is an internationally recognized culinary innovator, author, educator, television personality, humanitarian, chef/owner of the award-winning ThinkFoodGroup, and founder of the humanitarian relief organization World Central Kitchen.

A pioneer of Spanish tapas in the United States, he is also known for his groundbreaking avant-garde cuisine and his award-winning group of more than 30 restaurants plus a food truck located throughout the country, as well as in Mexico City and the Bahamas. José is the only chef globally that has both a two-star Michelin restaurant and four Bib Gourmands. His award-winning restaurants include two Michelin-starred minibar by José Andrés, Jaleo, Zaytinya, J by José Andrés at W Mexico City, Bazaar Meat at SLS Las Vegas, the Bazaar by José Andrés at the SLS Hotel in Beverly Hills and South Beach, and Beefsteak, his vegetable-driven fast casual concept.

Andrés is a committed advocate of food and hunger issues and is known for championing the role of chefs in the national debate on food policy. In 2010, Andrés formed World Central Kitchen, a non-profit that provides smart solutions to hunger and poverty by using the power of food to empower communities and strengthen economies. Most notably, World Central Kitchen, along with #ChefsForPuertoRico, served over 3.5 million meals to the people of Puerto Rico following Hurricane Maria. Andrés’ work has earned awards and distinctions including the 2017 Lifetime Achievement Award from International Association of Culinary Professionals and the 2015 National Humanities Medal, one of twelve distinguished recipients of the award from the National Endowment for the Humanities. Andrés was also named EY Master Entrepreneur of the Year in Greater Washington for his leadership and impact on the global business community and was also awarded the Congressional Hispanic Caucus Institute’s Chair’s Medallion Award. 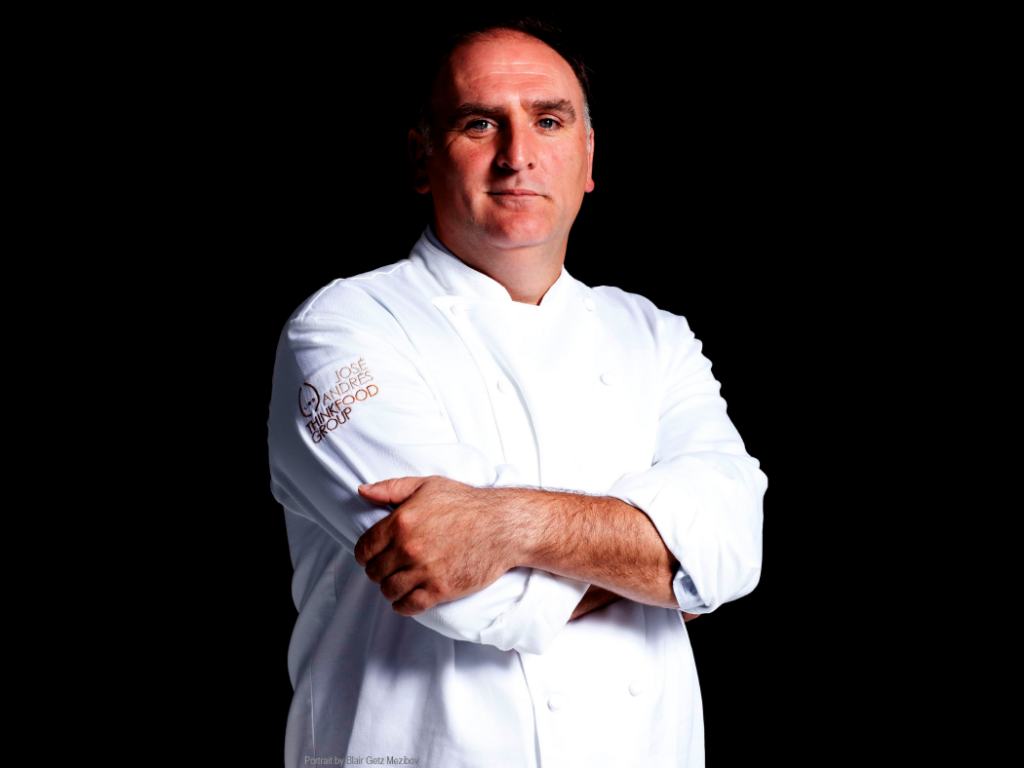