Skip to content
< Blogs
Home > Featured Blogs > Breaking News: Twitter’s New User Interface And What It Means To You

On Tuesday, Twitter unveiled a new and improved user interface for its Web site.  Twitter’s new Web functionality is a significant evolution that promises to attract more visits to Twitter.com, improve Twitterers’ interactions with content and each other, and ease adoption for Twitter newbies.  The changes will roll out over the next few weeks, and there are implications for users and advertisers.  (For example, if you have one of those elaborate, custom background images that conveys URLs or contact data, I hope you’re not too attached to it.)

At first glance, the new Twitter.com interface seems to be a minor redesign of the current Web site.  The left column containing the tweet stream is largely untouched, but the right column holding Twitter follower counts and trending topics is much wider. The extra width accommodates a new “detail pane” that improves engagement with tweets and discovery of other Twitter users.

The detail pane not only improves engagement with tweets but also with Twitterers.  When a tweet is clicked on the left side of the screen, the detail pane on the right displays information about the Twitterer and his or her recent tweets.  If a tweet mentions several Twitterers, the detail pane lists recent tweets from all of those mentioned.  This sort of functionality is designed to help visitors to Twitter.com discover new people to follow.

In a new Forrester report, “Twitter’s New Interface Will Drive More Reach For Marketers” (subscription required; available after 6 pm PDT on September 14 on Forrester.com) we share Social Technographics and other data that explains why Twitter is focusing on its Web site and why improving the consumption of tweets (as opposed to broadcasting them) is vital for Twitter and a welcome move for marketers.  The report also conveys what the new Twitter interface may mean for marketers interested in Promoted Tweets, but here is what these changes mean to Twitter users:

The new Twitter.com is faster, easier and more engaging.  While any change in interface can cause complaints from long-time users (just ask Facebook), I believe the new Twitter.com will meet with strong user acceptance.  As the new design is rolled out, users will have the opportunity to accept it or return to the original design, but I think many will embrace the intuitive new functionality.

UPDATE:  Screenshots of the new Twitter.com are below: 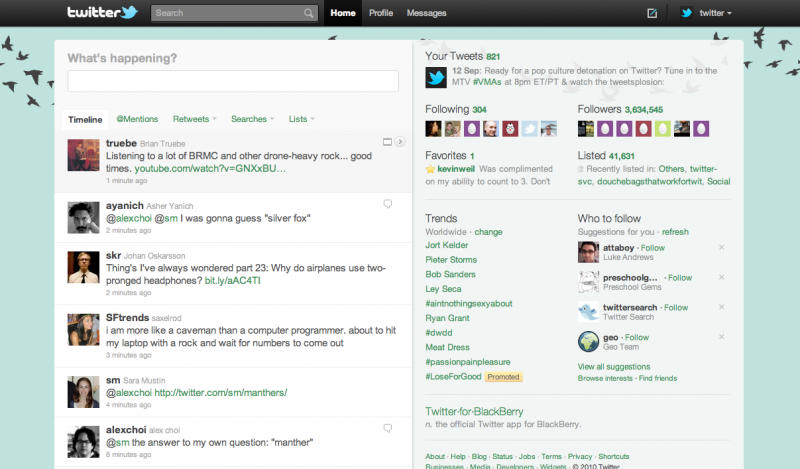 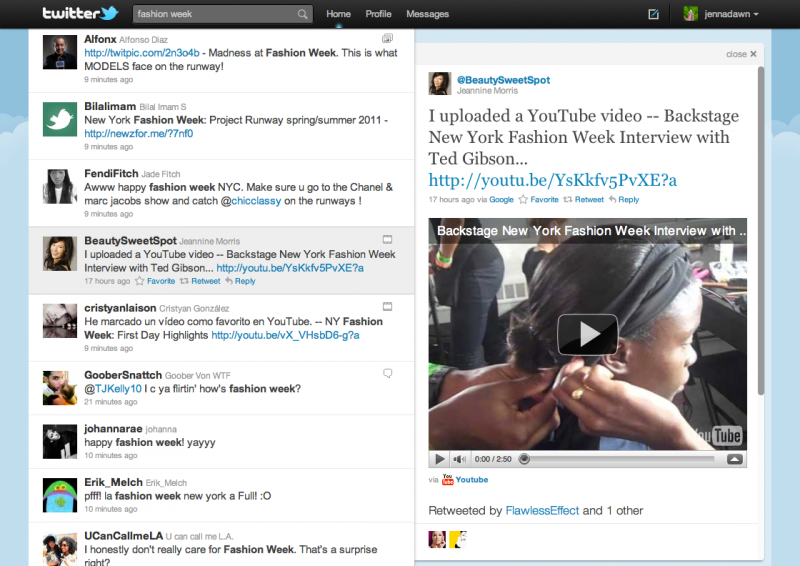 Geo-location check in on new Twitter.com: 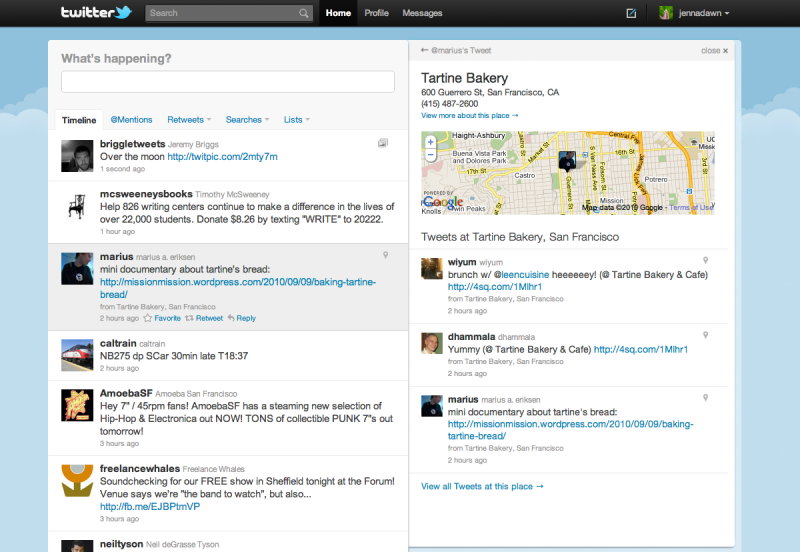 Update Number Two: The Impact on Background Images of Old versus New Twitter

As noted in the blog post, the new Twitter design will have an impact on the background images some people use on Twitter.  Here is my Twitter home page after and before the change to the new Twitter design.  Note in the version on top that the contact info and data I included on the left side of my background image is partially obscured due to the increase in width of the Twitter panes.

It appears the width of the content frames has increased over 275 pixels.  With my desktop set to a width of 1280 pixels, there are just 112 pixels on the left side of the screen for any images, URLs or contact info.  Twitterers will undoubtedly make creative use of those 112 pixels, but many will have to change their background images to accommodate the new design. 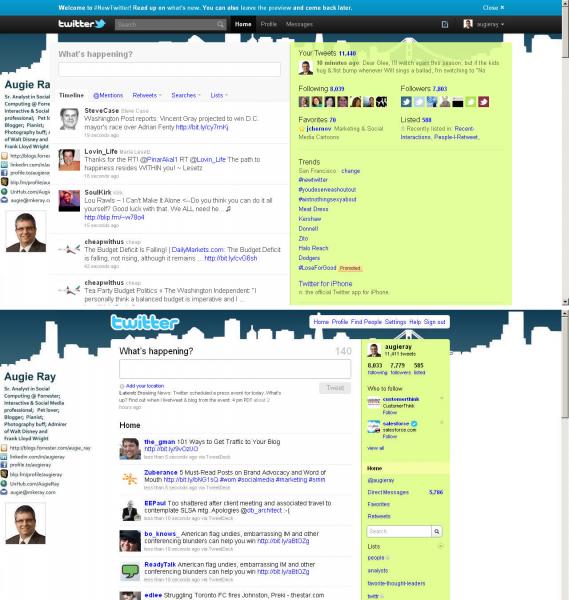 Lori Wizdo 15 hours ago
Learn how the Forrester Customer Lifecycle Framework helps B2B and B2C business leaders — enterprisewide! — calibrate what are too often internally focused processes instead of the customer’s process and perspective in order to become more customer-obsessed.
Read More
Blog

The EU Strikes Again As A Global Leader In Mindful Media: Updated “Code Of Practice On Disinformation”