In 2012, online retailers continued to expand into new geographic areas, with many eyeing eCommerce markets beyond those of North America and Europe. Local partnerships and adaptations were key: In China, Neiman Marcus, Macy’s, and eBay all invested in or partnered with local players to expand their footprint in the market. In India, Amazon launched with Junglee, an online shopping service adapted to comply with foreign direct investment restrictions – in Brazil, the company launched with e-books.

The next year will see eCommerce organizations continue their global initiatives. In 2013, we expect to see the following trends:

US and European eCommerce players will look beyond the BRICs. The Next 11, CIVETS, MIST…every organization with an eye on emerging markets has its own list of priority countries. Regardless of the acronym, it is undeniable that a growing number of eCommerce organizations are looking to expand their digital offerings beyond today’s BRIC markets. Already, some organizations such as Germany’s Rocket Internet are seeking to take advantage of the growing number of online shoppers in this next group of emerging markets – this year, the company launched apparel and electronics websites in a wide variety of markets, including South Africa, Colombia, Mexico, and several countries in Southeast Asia (although the company’s operations in Turkey reputedly faltered). Other major global brands are also taking note of earlier-stage eCommerce markets: Italian luxury brand Ferragamo operates an online shop for Mexico, for example, but not Brazil. Early movers like consumer technology brands have offered eCommerce on their websites in these post-BRIC markets for several years – in 2013, expect to see eCommerce players in a broader set of categories start to follow suit.

More countries will move toward Phase 4 where products with a strong “touch-and-feel” element are purchased online. One of the reasons why consumer technology companies have moved so aggressively globally is that their products tend to be some of the first categories that consumers purchase online (see our research on the evolution of global eCommerce markets). By contrast, it’s commonplace to hear declarations that consumers in certain countries will never buy apparel, beauty, or grocery products online because of a strong cultural desire to touch and feel items before buying. However, the lack of more subjective purchases online in many emerging economies likely reflects the maturity of these eCommerce markets rather than long-term barriers to adoption. Indeed, virtually every well-developed eCommerce market – ranging from France to the US to China – sees robust sales of categories such as apparel online. In 2013, emerging eCommerce markets such as Brazil will start moving away from the heavy dominance of Phase 3 categories toward Phase 4.

More brands will embrace a marketplace approach to international markets. Traditionally, global brands have entered new markets by launching their own B2C websites. Increasingly, however, a marketplace approach is becoming a key way to launch internationally. Nowhere has this approach been more evident than China. Alibaba’s marketplace for B2C brands, Tmall – with some 10 million visitors a day – now boasts a variety of US and European brands that do not sell direct on their own websites in China but use Tmall to sell online locally. Levi’s homepage in China, for example, includes a link to its Tmall store for visitors looking to buy. Others like Gap use Tmall as a supplemental channel in addition to their B2C websites. While China is arguably the market where global brands have turned first to a marketplace as an entry strategy, the growing number of options from players such as Amazon, eBay, Rakuten, MercadoLibre, and Westfield means that the marketplace approach will become more common in other countries as well.

Multichannel options will expand dramatically in emerging markets. In the US and Western Europe, the integration of online and offline channels has been viewed as essential for multichannel retailers to stave off competition from online-only businesses. Indeed, major retailers in markets such as the US and the UK have trumpeted the success of their multichannel offerings such as in-store pickup and returns. By contrast, mobile initiatives have received much attention in emerging markets, but online/offline integration remains nascent. Few major traditional retailers in the BRIC countries, for example, have robust multichannel offerings – and those that do offer such services still report a tiny percentage of sales from such offerings. With shipping costs low and delivery times often quick, such options have been slow to take off in these markets but are set to emerge as a key differentiator for traditional retailers looking to compete against leading online-only players.

Payments will get much more local. In years past, many eCommerce businesses with a global footprint only allowed consumers to pay for their purchases via credit card. However, it became clear that not all shoppers around the world had credit cards – nor did all cardholders want to use them when making purchases online. eCommerce organizations have since been struggling to determine the ROI of offering a growing number of global payment types. Beyond standard credit and debit card options, eCommerce businesses are adding online payment types such as bank transfers, direct debits, and others that are popular in different regions around the globe (e.g., local eWallet solutions like Yandex Money or WebMoney in Russia, Alipay in China, or CashU in the Middle East). In addition, businesses expanding into emerging eCommerce markets are being forced to contend with cash on delivery (COD): In India, for example, online retailers report that 40% to 60% of sales involve COD. In 2013, it will be less common to see global eCommerce organizations of any type only offering consumers the option to pay via credit or debit card, and it will be increasingly common to see a wide variety of payment options (see an example from the travel industry below).

Emirates Airlines caters to online buyers around the globe with new payment types. 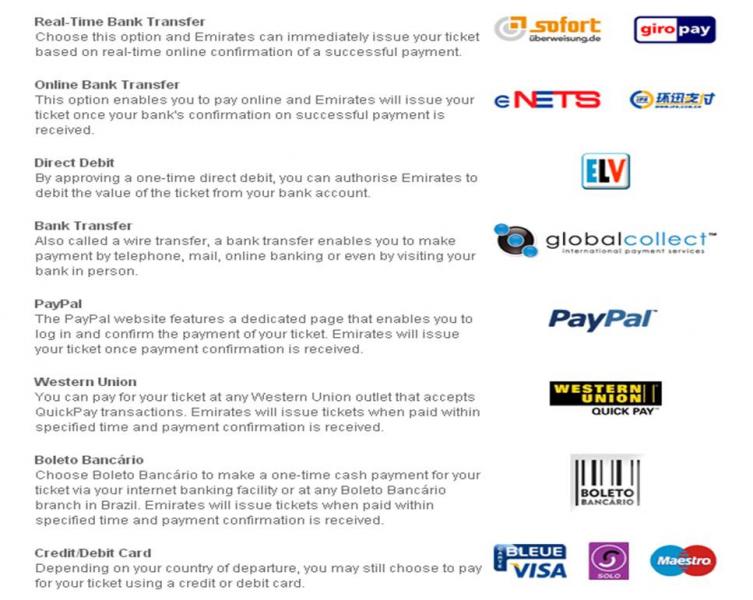 What global eCommerce trends does your business anticipate in 2013?

Where And How To Find The Right Tech Talent

Discover which skills will be needed to thrive in the future and where in Europe to find them. Join us for a complimentary webinar.

Thomas Husson May 18, 2022
Whether you refer to digital transformation, customer experience transformation, or sustainable transformation, the most important success factor is often the same, whatever the industry. It is all about the role leaders play in evolving the culture of their organisation. As my colleague Katy Tynan sums it up, this is more about leadership change than about […]
Read More
Blog

The BNPL Opportunity For Banks: How To Tap Into This Growing Market

Alyson Clarke May 17, 2022
The “buy now, pay later” (BNPL) market is hotter than ever. With a strong presence on major retailers’ websites and increasing brand awareness among consumers, BNPL is receiving growing attention from the world’s top banks, lenders, and credit card providers. While the concept is nearly a century old, Forrester has been tracking the “reemergence” of […]
Read More