Our advertising forecast shows that online video for marketing is big business and is only going to get bigger. In Europe, the CAGR for total ad spend from 2013 to 2018 is 2.19%, but for online video ad spend, it is a staggering 18.83%. The US shows a similar (albeit smaller) skew, with total ad spend CAGR of 4.49% and video at 22.39%.

Video, then, is a big deal, but most marketers aren't realizing the full potential of the medium. Approaches to video online are broader than simply grabbing 30 seconds from your TV commercial and sticking it on an online display network. Broadly speaking, there are three approaches to video:

Stalwarts from the broadcast game are most skeptical of this fandango called interactive video — it's been talked about for years but came to nothing, they say. As far back as 2000, I was looking at and prototyping interactive video ideas with screenwriters and producers, investigating how video could be used for interactive storytelling. We used the new mp4 format by Philips, which was chock full of features, but in truth, while the technology was good, the broad consumer base was not really ready for it; data on mobiles was fledgling; broadband networks weren't quick enough; CD-ROMs had no real traction; and web pages were satisfying most consumers' need for information.

It was too early by far back then, but it's finally here now. In my new report, "Move Beyond Awareness with Interactive Video", I outline the medium and highlight some of its unique characteristics: from improved SEO performance to its impressive role in engaging users and providing better ROI for business objectives.

Example 1. Choose your own story path

This IV is from Philips, from its interactive grooming content marketers is titled Designed to Play. Users click on a facial hairstyle to select a story path, which then shows them how the style is achieved and what happened last night — a nice mix of product depth and entertainment. These videos are typically very sticky, with users replaying the video to explore all the sequences. One note to Philips however — where's the friendly muttonchops option !? 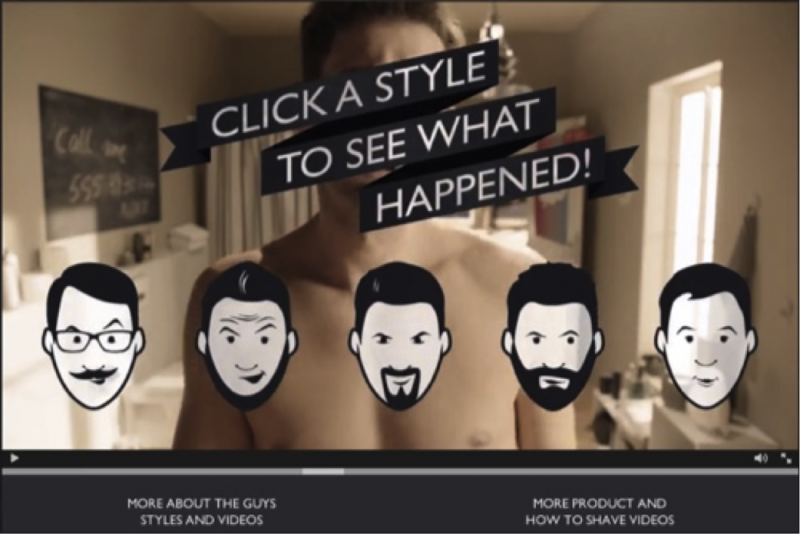 This example by Lancôme provides an almost microsite-like experience inside the IV. Interactive elements, typically products, are highlighted by hotspots that are revealed along the timeline of the video. Viewers can interact with these hotspots to reveal more information on the product being shown, purchase items, or undertake various social activities. This is one of the most popular approaches for retailers providing an interactive product catalogue. 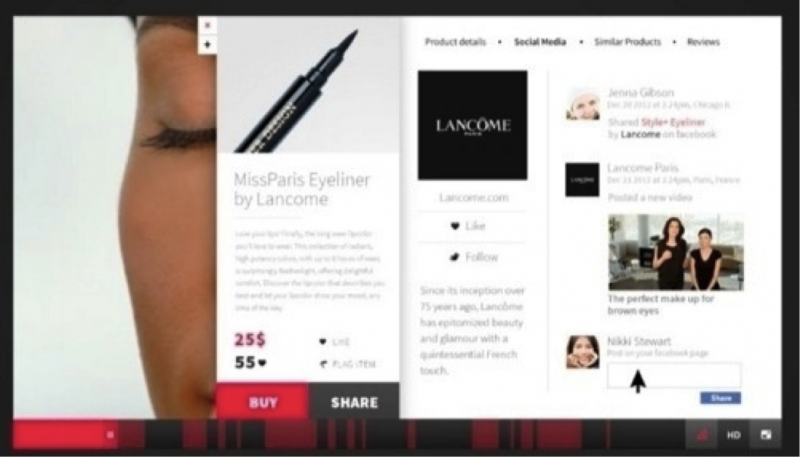 These two examples are from GA Cabin Rentals and Nike clothing. Buttons and controls are overlaid on top of the video at all times — not necessarily related to a particular frame or object in the video but relevant to the complete video. This can provide easy to access functions like maps, signup forms, or product catalog information. 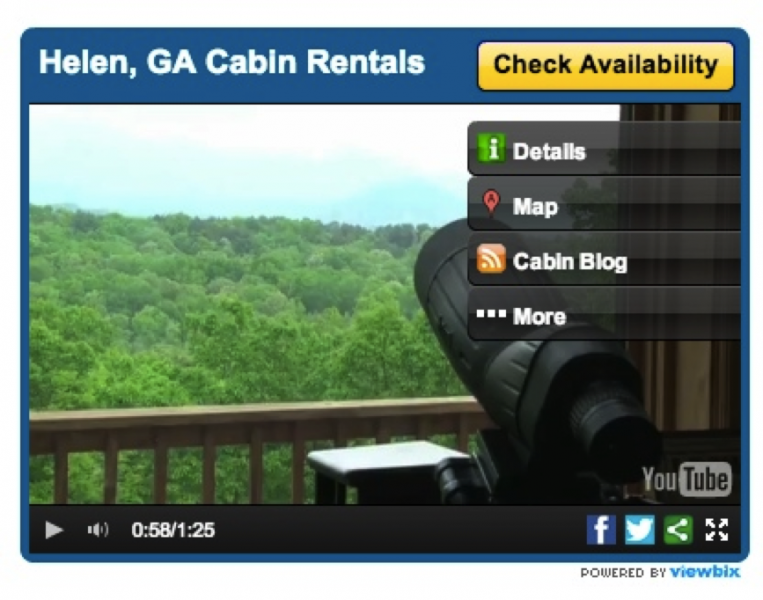 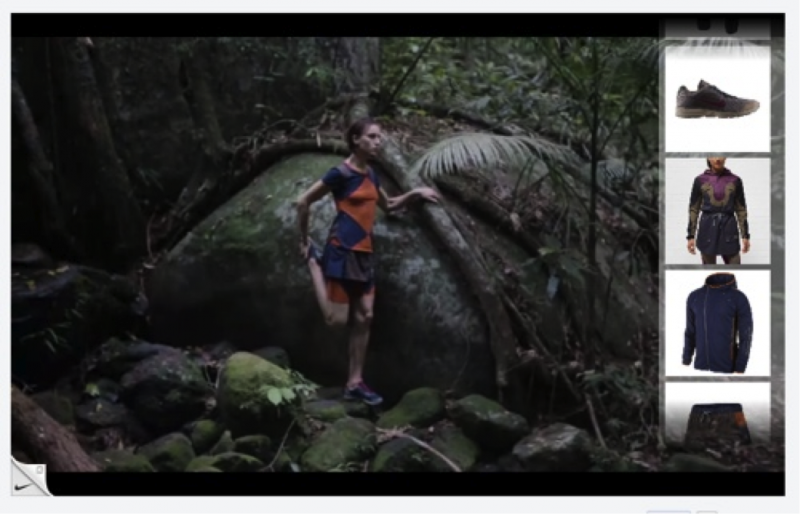 Up until now, the Internet has changed only the distribution of video and not fundamentally altered how video is created and consumed. However, video experiences are evolving from a lean-back medium to something more pliable and interactive — creating a new canvas for the Web. Marketers should not sit still with their existing approach to video and instead should begin to embrace the new interaction design possibilities with IV. Innovative brands will hone their skills now, earn kudos and higher engagement with their consumers, and be in a better position to capitalize on the increased usage of this new medium later.

NOW, NEXT YEAR, THE HORIZON AND HOW TO THINK OF INTERACTIVE VIDEO

Most brands still think of online video as something to simply extend the reach of their TV campaigns or bolster their content marketing and display efforts. This relegates video to awareness and branding efforts when it can do so much more across the customer lifecycle. So . . .

As usual, commenting is open for business. I would love to hear from publishers and advertisers across broadcast and online. Is interactive video something you are interested in? Will TV always remain a lean-back medium?

Explore Forrester's 2023 planning guide for data-driven insights on where to invest, where to pull back, and where to stay the course.

How To Navigate Retail Media Mania

Nikhil Lai 3 days ago
The question I’m asked most often is “Is retail media overhyped, or is it the next big thing?” This question comes, in part, from media coverage and forecasts, including Forrester’s, that project a significant share of ad spend — nearly $100 billion, according to Boston Consulting Group — being absorbed by retail media networks (RMNs) […]
Read More
Blog

Stephanie Liu 3 days ago
In the era of data deprecation, many B2C marketing clients are asking me “How can I get more first-party data?” or “How do I get more customers to share data with me?” It’s a valid question and a totally understandable one. A common recommendation (including from Forrester) to contend with the loss of third-party cookies, […]
Read More