Even though Cisco’s ACI launch indicates the magnitude of disruption software-defined networking (SDN) is causing in the industry, and Forrester has provided our quick take on this announcement, I think we have a much bigger story at play here. We are only at the beginning – not middle or end – of sorting out the hot mess that networking is in. And for good reason. The network is the only technology in the business that touches every person, device, and aspect of the business. With that said, networking professionals are trying to support the data center team’s request for a private cloud, employees bringing their own devices and applications to work, and the business circumventing infrastructure and operations for backup-as-a-service or software-as-a-service. Don’t even get me started about the Internet of Things shifting the ownership of the network to non-information technology (IT) personnel or the business opportunity it could bring.

But here we are five years after the introduction of the network fabrics, still focused on the data center trying to create a simple, scalable, shared, secure, and standardized platform that connects servers. But let’s not pretend we aren’t at fault. We find it too easy to go back to our comfort zone and, hence, have spent too much time arguing over the definition of SDN, OpenFlow benefits, and the future of open vs. proprietary solutions. Here’s the ugly truth. No matter how you try to argue it, it’s not a technology decision. Just as VHS dominance over Betamax wasn’t one either.

Taking a bit of learnings from the Betamax-VHS format war, we should stop telling them about how SDN will free them from expensive networking hardware and tell them what they need to hear; infrastructure and operations professionals are struggling with connecting a mobile set of users to a very fluid set of applications and data that gives the business a competitive edge. This means a lot of the solutions that are being developed for the data center have to extend to the users, other data centers, and public cloud platforms – which means goodbye to hub-and-spoke designs where everything is centralized: 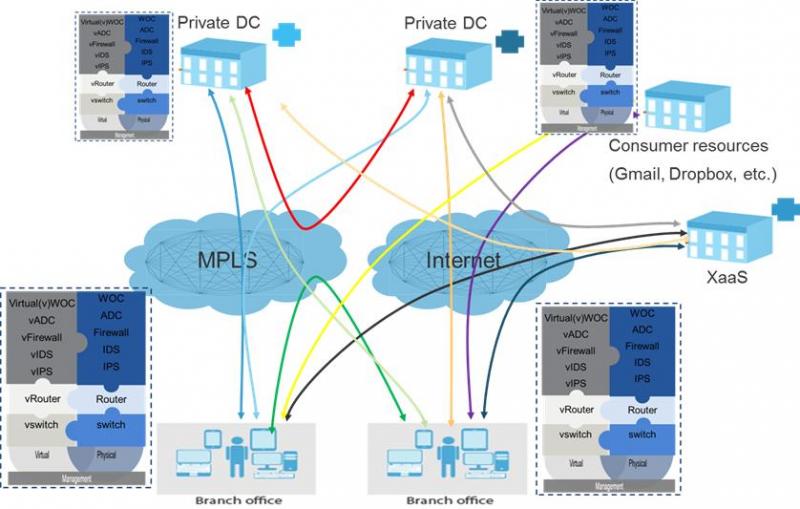 Juniper’s Metafabric announcement has started to bring awareness to the network outside of the data center. In turn, we can expect new architectures, products, management systems, and controllers that obsolete many SDN solutions that are available on the market today.

While you can buy the latest and greatest hardware and software, most of the SDN solutions won’t be enterprise-grade until all the components get released, which could take years. Furthermore, you won’t get the true value until you’ve done some housecleaning. Instead of spending the time deploying partial solutions dependent on a roadmap and unproven at this point, what do you think about investing your time and effort on improving your operations?

Here are three areas to start:

I can say with confidence that your operational efficiencies will be greater than what most SDN solutions can provide today.

The US CX Index 2020: Why CX Differentiation Leads To Long-Term Success

Dive into the latest results from this year’s US CX Index, explore trends in CX quality at the brand and industry level, and understand the impact of CX-based differentiation.

Charles Betz January 11, 2021
Change management has continued to be a hot topic on social media and customer inquiry. As a process symbolizing traditional IT service management and the ITIL framework, it’s under increasing pressure to modernize in response to agile and DevOps trends. However, change management emerged for a reason, and I think it’s prudent to look at […]
Read More