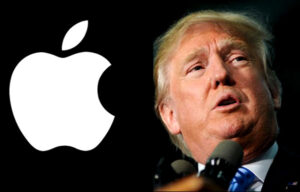 What connects these two stories? Answer: An uprising of restless and empowered citizens and customers.

Five years ago our research began picking up faint vibrations of an approaching seismic shift — what in those days we called a groundswell. People were using technology to take power from institutions. Technology was dissolving traditional means of government and corporate control — pricing power, information monopolies, media influence, and various forms of private and public regulation. The new reality placed people on more equal footing in society and the economy, ushering in what Forrester and others call the Age of the Customer. In this 20-year era consumers will slowly but inexorably gain power.

Here are a few glimpses of this dynamic at work… 78% of U.S. consumers read detailed product or service reviews online before buying. 22% of U.S. buyers compare prices when they are shopping in a physical store. 20% of U.S. consumers trust digital financial advice as much as their human advisor. And we are just getting started…

So what does this have to do with Trump? The media and political elite can’t control him (also see, Bernie Sanders). Republicans voters are angry and party leaders no longer have the influence to direct that passion. The Trump campaign has used new digital tools that bypass traditional media and party channels to appeal directly to voters. Many may not like the result, but the Age of the Customer is forever changing the structure of political campaigns.

Apple’s Tim Cook understands the new reality. He and his team recognize that the company’s customers now demand control over their content. In Apple’s world, privacy is the product and the product is privacy — you can’t cleave one from the other. Apple is not just “protecting the brand” as an FBI official asserted. It is honoring its contract with its empowered customers. Without assurances of privacy, Apple and others won’t have customers in the future.

Corporations, governments, and political parties ignore the new realities of the Age of the Customer at their peril. Like it or not, power is shifting. And as in the dawn of all new eras, it’s time to adapt or die.

Josh Zelonis 3 days ago
“Security orchestration, automation, and response” (SOAR) is not a term that Forrester has used in the past, but its prevalence in the market is such that I’ve decided it’s better to use a slightly broken acronym that’s adopted by the market than to continue to leverage the different and more concise “security automation and orchestration” […]
Read More

During The Pandemic, Empathetic Brands Build Trust With Wary Consumers

Anjali Lai 3 days ago
Now more than ever, consumers crave connection and reliable information. Learn how marketers can offer this.
Read More