Increasing internet penetration, better data infrastructure, and increasing adoption of 4G and now 5G are driving video consumption in Asia Pacific. The Asia Pacific region is a mix of heterogeneous markets such as Australia, Japan, South Korea, China, and India. Markets like South Korea and China are leading globally in term of 5G adoption, and markets like India and, again, China have a huge potential in terms of new users joining the internet every day and low revenue per capita, which is expected to increase in coming years. As per Cisco, online video consumption is set to more than triple in key Asia Pacific markets between 2017 and 2022, and India will witness the fastest growth. Not only will video be the fastest–growing medium, but it also will account for the majority of data consumption. As a result, we expect that Asia Pacific online video advertising spend will reach $53.7 billion by 2023. You can read more about the Asia Pacific online video advertising landscape in detail in our latest report, “Forrester Analytics: Online Video Forecast, 2018 To 2023 (Asia Pacific).” 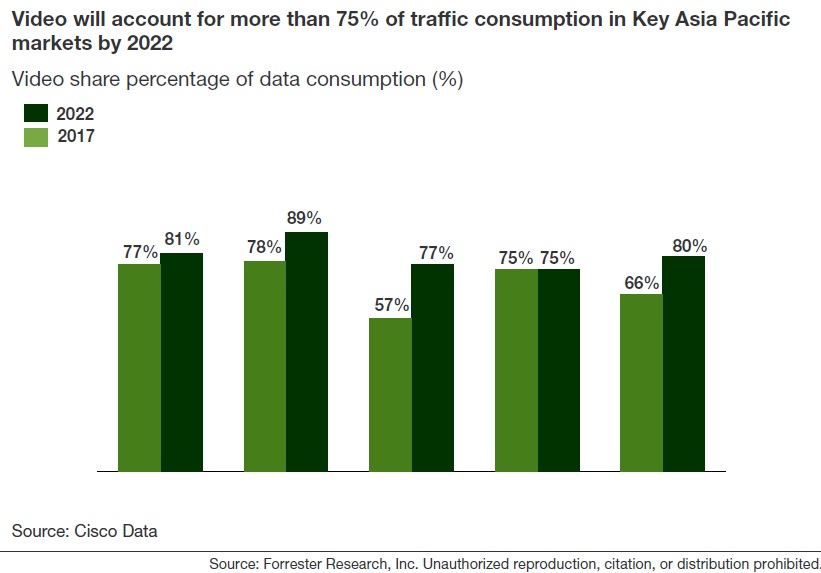 Display video: Display video advertising includes video banners, other streaming ads, pre-/mid-/post-roll ads, and in-text video but does not include YouTube overlay ads. It includes video ads that run in conjunction with internet-based streaming video content consumed on PCs, tablets, smartphones, and connected TVs or TV devices. This includes streaming online video that is supported by advertising like OTT, online video consumed on a website or app, and video used by eCommerce players in online marketing services.

Rusty Warner 2 days ago
Marketers — and especially martech vendors — talk a lot about customer journeys and experiences, but they usually mean just the purchase journey as opposed to the entire customer lifecycle. Customer journey orchestration (CJO) platforms enable a more holistic view, and marketers should pay more attention to these adjacent capabilities. As my colleague Joana de […]
Read More
Blog

Nick Barber 4 days ago
In the midst of tech consolidation, brands must think strategically about their CMS Portfolio. Some smart brands are realizing that a multi-CMS strategy can actually improve agility, flexibility, and speed to market.
Read More