Back in August of last year, I asked for good examples of augmented reality (AR), virtual reality, and mixed reality (MR), all together known as extended reality. Unsurprisingly, I saw plenty of examples of the type my original post complained about: visually stunning but almost entirely useless for anything other than showing off. Then there were the augmented-reality glasses, used to recreate a particular workflow that everyone involved eventually agreed was simpler, cheaper, and more effective when done with pen and paper. But there were also solid use cases, through which real time and money were saved and real benefits accrued. And there were examples of advances in hardware and software that decrease cost, increase usability, and begin to make the previously impractical worth a fresh look. Some of these technologies really can be ready for industrial use, today.

My report, “Extended Reality Will Help Manufacturers With More Than Just Training And Remote Assistance,” has just been published. I’ll also be hosting a webinar on March 11: Augmented Reality And Virtual Reality In Industry: Good For More Than Just Training. Please do join if you can. Work is just getting started on a follow-up report, in which I will look much more closely at the link between these devices and data generated by the internet of things. 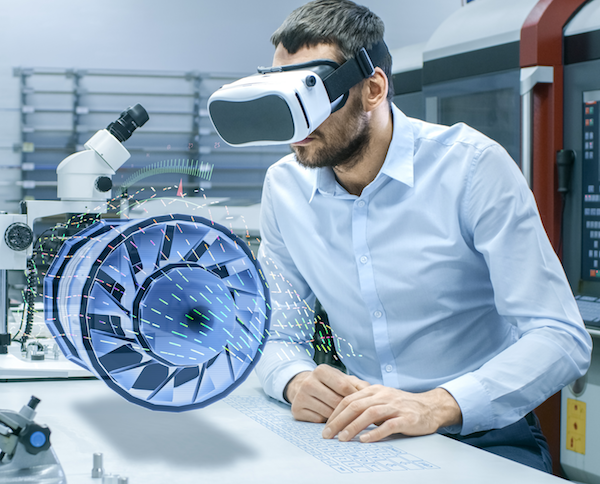 One thing quickly became clear as I did this research: Too much attention is paid to rich and fully immersive environments. Most of the success, today, is more mundane. It’s often just about basic virtual reality training and video calls back to base. But if you’re a global organization looking to save time and money by not flying staff to your training centers, that can be a big driver.

Barloworld uses AR to help its service engineers in remote locations across southern Africa and is exploring the potential of video to let customers demonstrate a problem before engineers visit. In Spain, Allianz saves 6.3 million kilometers of unnecessary travel each year, letting loss adjusters review claims by video link. At Nokia, factory workers learn new workflows in VR before relying on AR to nudge and remind them as they start performing the same tasks on the shop floor.

For as long as smartphones have had cameras, field service engineers have used them to get a second opinion from more experienced colleagues. Now, companies such as Microsoft, OverIT, and SightCall productize solutions to that same need in extended reality, reducing the average time to resolve issues in Airbus’ A330 assembly line by 60 minutes and improving field service productivity at Enel by over 100%.

But the single biggest inhibitor to widespread adoption of extended reality tools is a lack of good data — and too few of the players in this space either recognize the problem or demonstrate the capability to do something about it. Digitized manuals and plans aren’t particularly easy to page through on a pair of smart glasses. Rather than reams of digitized pages, field operatives need contextualized atoms of content directly related to the task at hand, and these take time and money to create. Similar effort is required to create the 3D models that drive VR and MR use cases. CAD and PLM systems from vendors such as Dassault, PTC, or Siemens offer one source of data — but these multi-gigabyte models must be simplified to fit in a headset’s limited memory. The computer model must also be ground-truthed to make sure the designer’s beautiful digital vision actually was built in reality.

There’s a lot more to explore here, in the report, on the webinar, and in this ongoing strand of research. Forrester clients can schedule an inquiry call to talk about this. Anyone can schedule a briefing.

Discover how technology leaders are embracing new ways of being innovative with technology, and discover key strategic opportunities to help your organisation grow. Join us in London and virtually October 13–14.

Seeking Good Industrial Use Cases For Virtual Or Augmented Reality

Paul Miller August 14, 2018
Augmented reality (AR) and virtual reality (VR) have become the cool must-haves for industrial technology vendor keynotes. I have lost count of the times we’ve watched someone on stage as they swoosh and swoop through jet engines, nuclear reactors, sunken wrecks, and the like. We ooh and we ah, and then we wonder if these […]
Read More
Blog

Craig Le Clair 1 day ago
We published our report Automation Can Solve The Service Worker Shortage in May 2022. This research defined 11 categories of automation that will most effect frontline service workers. We then ranked the categories based on likely adoption and how ready the required technology is. Client readership was strong, but they asked that we dig a […]
Read More
Blog

What The Massive US CHIPS Act Means To You

Glenn O'Donnell August 9, 2022
President Biden just signed the CHIPS for America Act into law as part of a larger $280 billion CHIPS and Science Act appropriation. This “CHIPS Act” allocates $54.2 billion in funding to support US domestic technology innovation, primarily aimed at the semiconductor industry. Much of the lobbying that brought this act to reality is focused […]
Read More