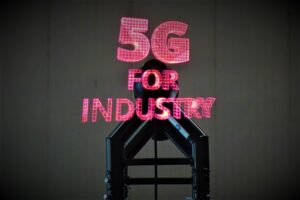 Digitalization in the consumer segment is no doubt the central theme. In the B2B segment, digitalization is still building — and from a relatively low base — yet the potential is enormous: The B2B segment is larger than the consumer segment on most accounts. Hannover Messe, the leading global trade fair for everything industrial, offers a great opportunity to feel the pulse of digital momentum in the industrial context.

Hannover Messe, which just ended, attracted over 200,000 attendees and more than 5,000 exhibitors. Countless discussions are held, thousands of technologies and implementations discussed, and opinions shared. Therefore, I cannot objectively represent the full spectrum of themes and trends at Hannover Messe. And still, I noticed a handful of interesting observations during my discussions with many vendors and industrial businesses: 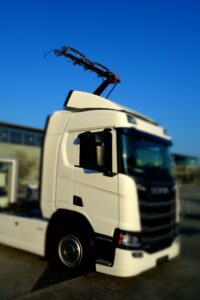 Plan and execute a design system that improves business outcomes. Get the step-by-step plan in this complimentary guide.

Nicky Briggs 5 hours ago
I recently had the honor of taking on an exciting stretch project at Forrester, helping to create and launch our inaugural coverage of the spacetech sector. On paper this appeared to be quite a shift away from my regular day job covering Account-based marketing (ABM) in the B2B marketing practice. However, Space was my gateway […]
Read More
Blog

Phil Brunkard 3 days ago
There’s more to ensuring that technology enables business value than meets the eye. There is no single value proposition to communicating the value of technology to stakeholders. Each stakeholder perceives value differently. Value is in the eye of the beholder. You Think You “Deliver” Value To Business Stakeholders … But You Don’t Value for stakeholders […]
Read More