This morning, as I was writing this blog post, I got an email from one of my colleagues, saying "Is it weird that since Google bought Nest, I no longer want one?" Her sentiment isn't that unusual because, as it turns out, plenty of people feel like Google + Nest = HAL. (It's hard to miss the resemblance) 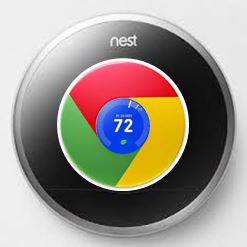 My colleague Frank Gillett just published a post outlining a collection of ten key thoughts about the acquisition. As the privacy-identity-personal data wonk advising Forrester's marketing strategy clients, I thought I'd drill down on some of the more salient points for those issues.

Obviously, only time will tell how Google will handle these issues, but I truly hope they take Forrester's Contextual Privacy research to heart as they design these systems and products. It's the only way they'll ever really be able to leverage the massive investments they're making in The Internet of Things.

Learn how real-time feedback collection empowers you to monitor and proactively address customers' reopening concerns in this webinar.

Natalie Schibell September 15, 2022
An exploration of two possible scenarios for the use of patient data in an Amazon-One Medical paradigm.
Read More
Blog