In our previous blog, we discussed the strategic shift from efficiency to effectiveness and the organizational implications from it. One implication is the ever-quickening pace of technology advancement and how organizations position themselves to exploit that advancement at scale to adapt or create new capabilities and services. The key element here is “at scale.” New technology creates adoption curves, and these curves regulate the pace of an organization generating future value. The ability to manage these adoption curves will dictate that pace and therefore the nature and composition of how organizations scale. This is organizational change management. It is how to decompose these “adoption curves” that sets apart those with competitive pace and those without it. Under a future fit strategy, there are three critical aspects organizations must consider as they explore what “at scale” means to them in pursuit of embracing and delivering adaptivity, creativity, and resiliency. 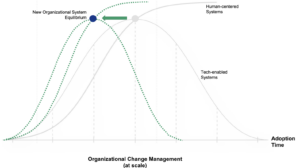 Change is only as valuable as the organization’s ability to understand it. It does not matter whether the change is sparked from technology, process, or people, because the only way for an organization to optimally adopt the change is to have the three acknowledge the change in complementary fashion. Many organizations fail to realize the varying states of maturity across their systems that lead to suboptimal adaptations. This results in change disequilibrium, where it is unrecognized that areas of the organization can adopt change more efficiently and effectively than other areas required to adopt the same change. Specifically, this distorts ROI as costs begin to inflate faster than the value being realized.

As an example, as use cases for blockchain remain on the rise, the reengineering of processes and how employees engage those processes fundamentally change and require greater levels of know-how. Distributed ledger technology (DLT) environments employ algorithmic governance to oversee its process, which requires an entirely different skill set from what was governing the process pre-DLT. This specialized knowledge is rarely considered as part of the “core change.”

No matter the scope of change, there are always wakes or ripples across the organization. Regardless of change type, execution of that change is either proactive or reactive across technology, process, and people. Many organizations are only proactive with where the change originates, creating blind spots for the other effected areas that result in reactive interactions across systems with that change. This results in unstratified change, where adaptations are not proportionally managed across all areas of the organization to generate change efficiency. Specifically, the presumed coordination costs are lower than the actual costs associated with the expected outcome.

As an example, with the increase in AI adoption, the lineage of change requires technology, tasks, process, and people to be acknowledged throughout the entire implementation. AI technology fundamentally augments tasks and, depending on its reach, can take over entire processes, but the displacement of those employees are usually left as a next step. This “next step” removes people from being considered part of the “core change.”

Focus less on the destination of the change and more on the journey itself. Assumptions must be continually tested throughout any change, where learning can inform future decisions across technology, process, and people. These are known as ground truths. Many organizations manage adaptation through dependencies, which limits potential to only the substitutes across its systems — this or that — rather than as complements supporting the potential between those systems. This results in uncorrelated change, where the collective outcome of the change is adversely impacted by the misinterpretation of requirements lowering the effectiveness of the change. Specifically, the underestimation of information sharing costs creates barriers within and among networks and agents of change that end up eroding advancements toward outcomes.

As an example, robotic process automation is being placed wherever there are automation opportunities, which center on the technology automating a single task or a bundle of tasks. This automation almost always overshadows the vast amount of effort the overall process and people devote to preserving and accommodating that automation going forward. This “effort” keeps process and people from being considered part of the “core change.” 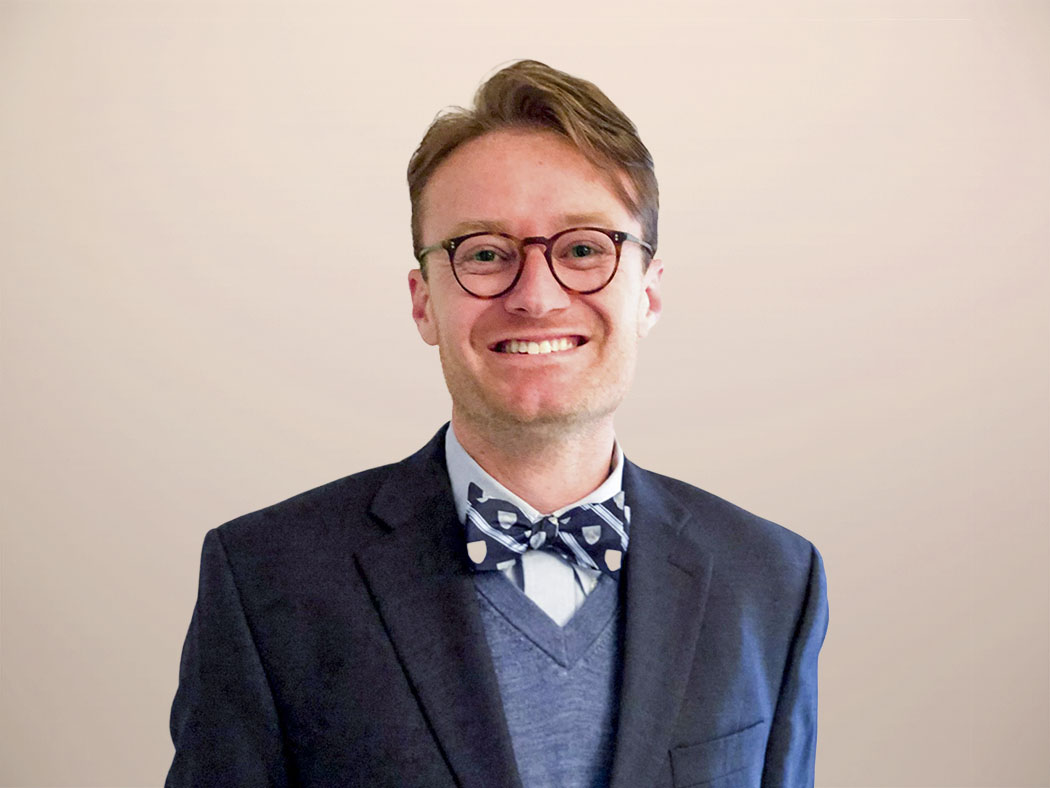 Phil Brunkard 2 days ago
Get five tips on how to incorporate crisis-driven innovation principles into your innovation competencies and practices.
Read More
Blog

Alla Valente 3 days ago
Winston Churchill said it best — “Never let a good crisis go to waste” — and governance, risk, and compliance (GRC) vendors have heeded the advice not once but twice. In 2002, after the Sarbanes-Oxley Act intended to protect investors from fraudulent accounting activities by corporations, vendors turned GRC technologies into a Maslow’s hammer of […]
Read More