Writing in the Financial Times this week, Sarah O’Connor bemoans the dehumanization of work. She highlights examples such as the autonomous robot, Chuck, which leads human pickers through warehouses at an apparently relentless pace. I’m sure we all have our own examples: 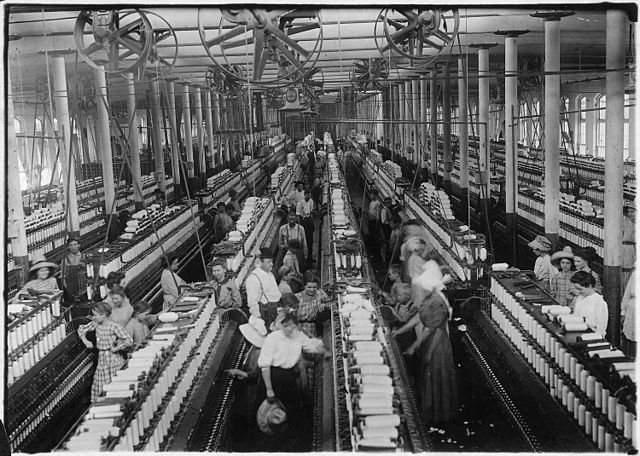 But it doesn’t need to be this way. O’Connor ends her article, “we must make sure the robots work for us and not the other way around.”

Precisely! Chuck may be configurable to force human pickers into a race to keep up, but there are plenty of robotic helpers that meekly follow behind, traveling at a pace set by the human being and always nearby to take the load. While some workforce tracking tools identify — and rank — the individual, others use very similar techniques without any element of personal identification or scoring: They genuinely do uncover the fact that the workforce consistently gets step number eight in a 20-step manufacturing process wrong, highlighting the need for better training or a better process without deeply analyzing the successes or failures of every individual.

In the race for efficiency and modernity (and profit), we’re in danger of forgetting the needs, value, and importance of our human workforce. In the smart manufacturing sector where I spend most of my time, I see this again and again. The machine is lifted up on a pedestal, preeminent, and closely followed by the algorithm. The person? Either ignored entirely or flagged as an unpredictable variable in the system whose ability to mess things up should be minimized. Could this be why so many grand Industry 4.0 initiatives fail to live up to their transformational promise?

I am starting work on a new report, tentatively called “Industry 4.0: Don’t Forget The People.” I’ll be drawing on Forrester’s wealth of research into the future of work and automation and highlighting examples of companies that manage to build an environment in which the robots (both software and hardware) serve and augment the people, not the other way ’round. It’s time for all of us to make that conscious choice.

The US Is Spending Nearly Half Of A Trillion Dollars On Climate And Infrastructure, Seeding The Green Market Revolution

Paul Ferron 17 hours ago
After two long years of virtual, we are getting ready to deliver Forrester’s B2B Summit EMEA in a hybrid format. It will be exciting to join hundreds of customers on October 11–12, 2022, as we uncover endless possibilities to drive measurable impact. Below are the three key reasons and supporting sessions that portfolio marketers should […]
Read More