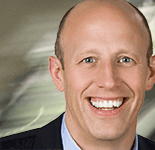 Artificial intelligence (AI) is fascinating, with its promises of intelligent robots, fears of automated (and uncontrollable) warfare, and credible concerns of hacking that could create out-of-control self-driving cars.

Contemplating long-term pure AI possibilities is important, as it helps us understand how we should think about design, ethics, and guardrails before we let the AI genie out of the bottle. However, there also are real and important considerations for today’s pragmatic AI — the early implementations that are part of today’s business and that carry similar benefits and risks, albeit not at “the world is ending” levels.

We are in the early days of AI. Today, we exploit AI technologies to do complex pattern matching, translate big data into early implementations of personalization, provide more advanced recommendation engines, and conduct different forms of visualization (think airports).

We are already seeing the power of AI. Most of all, we are seeing that AI is guided by data and algorithm design — the strength of the data and the design of the algorithm determine the risks and rewards. The rewards are relatively clear: the ability to make better, faster decisions, create new customer value, and simplify and streamline complex processes (think banking and insurance back-office operations).

While perhaps not as clear, we’re also seeing the risks — PR crises, litigation risks, loss of P&L, and regulatory fines and sanctions — coming from usage such as early visualization implementations that show bias similar to racial profiling.

In this episode, Analysts Mike Gualtieri and TJ Keitt provide a snapshot of where we are with pragmatic AI and what opportunities and cautions are in front of decision makers as they roll out early AI implementations.