Skip to content
< Blogs
Home > Featured Blogs > Forecasting In Uncertainty: Small Businesses And State And Local Governments Will Be The Prime Vectors Of Tech Market Recession

When President Trump broke off negotiations with congressional Democrats on a new economic stabilization package on Tuesday, October 6, the already high risk of a deeper economic recession shot up — and with it, increasing prospects of a tech market recession lasting well into 2021. The president has backtracked to a degree, with calls for aid to airlines and unemployed workers, but the prospects of any kind of deal before the election are limited. When the Q3 2020 GDP results are released at the end of October, they will undoubtedly show a solid recovery in real GDP and evidence of some improvements in US tech investments. But both the economy and the US tech market will slump again in Q4 2020 and Q1 2021.

My assessment of the economic outlook is that the US economy is shifting from the pandemic recession — with its narrow but deep focus on the consumer-facing, discretionary spending industries shut down in response — to a broader, more traditional recession with much wider but shallower impacts. This new phase of the recession will be driven by steep declines in two sectors of the economy: small businesses and state and local governments. Their downturns will directly impact the US tech market and indirectly hurt it by spreading weakness into financial services, professional services, and manufacturing.

The State Of Small And Midsize Businesses 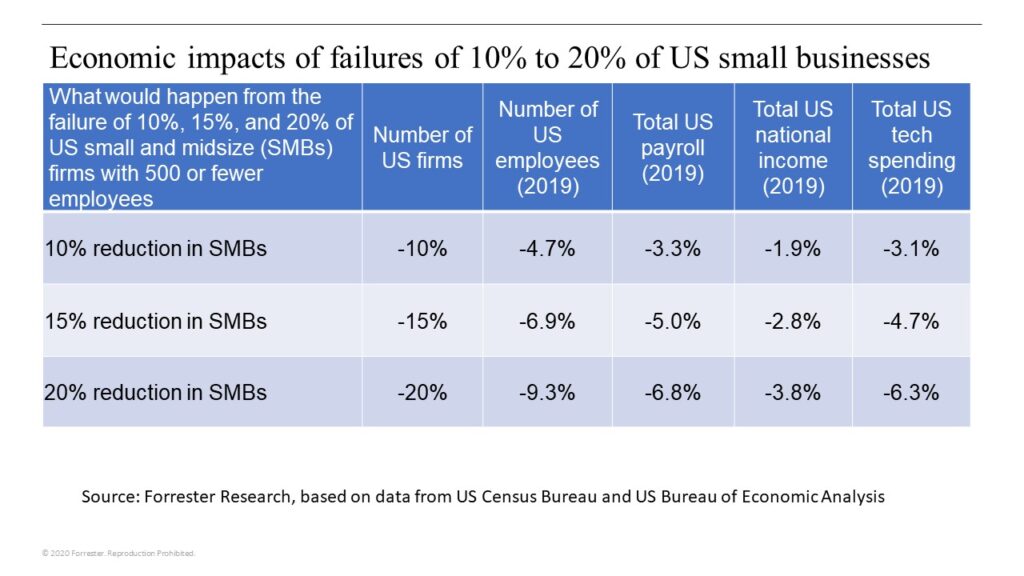 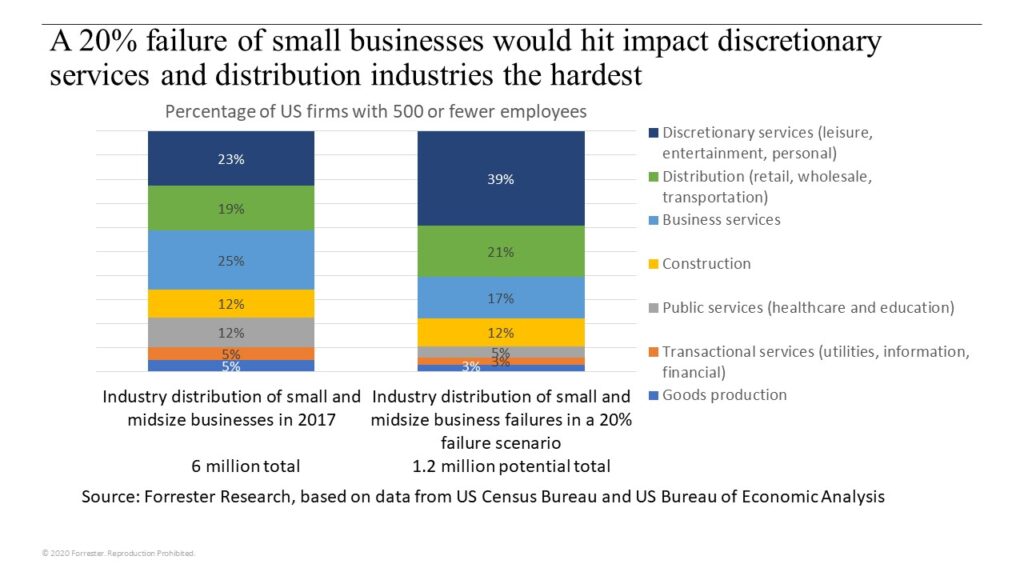 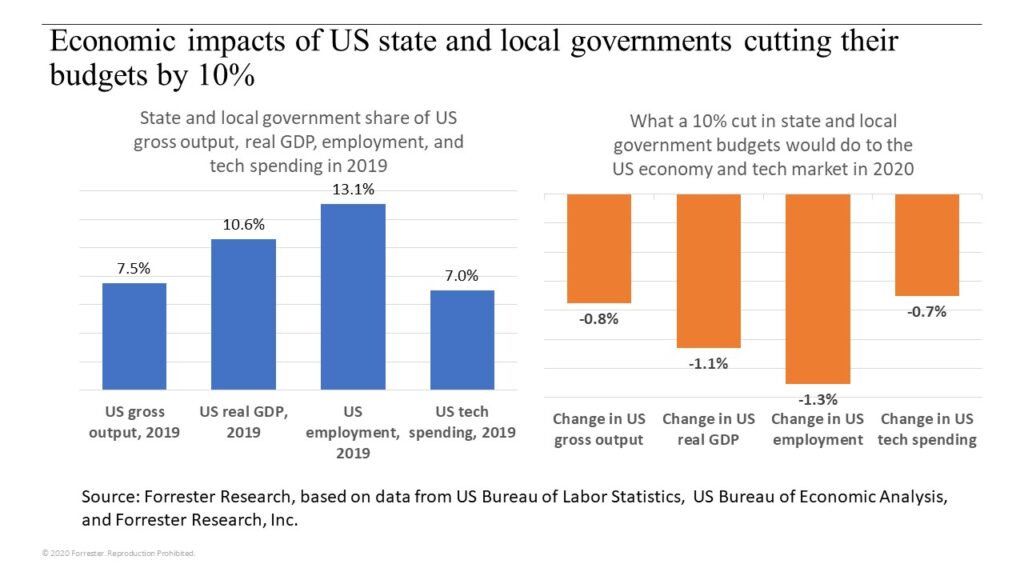 The direct impacts on the US tech market from SMB failures and state and local cutbacks are only part of the story, albeit the most visible. Businesses that sell goods and services to these sectors or to their employees will see reduced revenues. They, in turn, will cut their costs through layoffs and reduced purchases from manufacturers, retailers, services providers, and financial institutions. A strong, multitrillion-dollar US federal government stimulus program could keep that from happening. But, in its absence, both economic weakness and tech market weakness will last well into 2021.

David Levine 9 hours ago
I am excited to join Forrester as the newest executive partner (EP) working with our security and risk clients and bringing my experiences over the past almost-three decades to the table! The CISO continues to play an ever-increasing critical function within organizations not only charted to protect the company, and its clients, but as a […]
Read More
Blog

Jacob Morgan 17 hours ago
Forrester’s European open banking forecast predicts a doubling of the adoption of open banking across countries, and use cases, from 2022 to 2027.
Read More