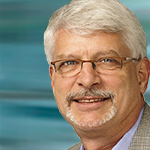 Here’s an adage for you: There’s no such thing as a digital strategy; it is simply a business strategy in a digital world. Like most adages, that is truer than not.

Any of these on their own are hard. Combine them and, well, they become really hard. The reality is that most companies are far behind the power curve; in fact, 60% of executives believe that they are behind in their digital transformation efforts. This lagging is impacting financials, increasing distance from leaders, and decreasing attractiveness to digital talent that’s more excited to work with leaders with big ambitions.

CIOs find themselves at the center of this storm — for both good reasons and for not-so-great reasons. As technology leaders of their firms, CIOs are best situated to translate and exploit technologies to deliver strategic value. However, CIOs often do not have the political clout or, in some cases, the confidence or passion to take on that role.

That is leaving a dangerous gap in terms of who leads: Some companies have put weight behind the CIO; some have circumnavigated the CIO to bring on a chief digital officer or have business units build their own digital strategy. But in all cases, the CEO needs to take a direct stake in leading the digital charge, which, following the adage, is the business strategy of their firms.

In this episode, Bobby Cameron discusses the pressure on and response of CIOs to this emerging digital crisis.

The Secrets To Becoming An Effective Change Catalyst

What It Means 4 days ago
Meaningful change in a company doesn’t have to come from the top. Anyone — regardless of seniority or title — can bring it about, say Vice Presidents Meta Karagianni and Peter Ostrow. On this week’s What It Means, they discuss how B2B professionals can successfully initiate change and give a preview of their keynote session at Forrester’s B2B Summit EMEA.
Listen Now
Podcast

What It Means September 22, 2022
B2B marketing leaders will face intense budget scrutiny as they plan for 2023. But making reactive, cost-saving decisions could undermine long-term gains, cautions VP and Principal Analyst Barbie Mattie. On this week’s What It Means, she discusses Forrester’s 2023 planning guide for B2B marketing executives and its spending recommendations.
Listen Now